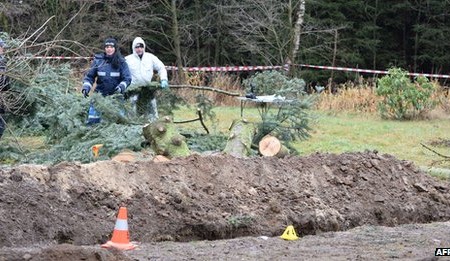 Dreden police claims to have arrested a police officer, aged 55, which is accused of murder after a body was found in Erz Mountains. The officer is suspected and for cannibalism.

The arrested person, Detlef G. works in Saxony Office for Criminal Investigation, forensic department, where according to the German media is expert in handwriting analysis.

After the last victim vanished, his business partner reported missing, investigators were able to attain Detlef G. after tracking calls made ​​by the missing person.

Investigators believe that the two people met through the internet, making meet on a fetish site that lead to cannibalism.

The suspect in this case denies that ate parts of the victim, but admitted he killed at the request of the deceased.

The victim was living in the city of Hanover. Authorities said the victim was killed and sectioned in Hanover individual body parts are buried in places mountainous region where he owned a land, German killer.

You can read details about this case on bbc.com.