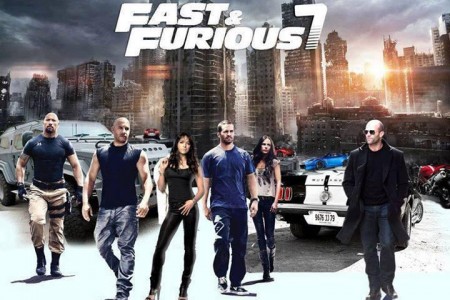 Filming for “Fast and Furious 7”, interrupted by the death of actor Paul Walker on November 30, in a car crash in Santa Clarita, California, will be resumed in early April. The seventh film in the action franchise “Fast and the Furious” about illegal car racing on the road in Los Angeles, will go into production on April 1 and, according to the script rewritten after the death of Paul Walker’s character, this former agent Brian O’Conner FBI will retire rather than be killed.

The other members of the cast and camera crew will pour film’s final scenes in an interval of between six and eight weeks in the city of Atlanta in Georgia. Those scenes had to be filmed right after Thanksgiving, but after the death of Paul Walker on November 30, filming was interrupted. After the car accident that Paul Walker has lost his life, production studios Universal Pictures have suspended filming, so director James Wan and Chris Morgan had to rewrite the script. The film, the seventh of car racing franchise, was supposed to be released initially on July 11, 2014, according to Universal Pictures.

Vin Diesel, Paul Walker‘s partner in the franchise “Fast and the Furious”, confirmed the release date of the movie for April next year and published on his Facebook account the following message: “‘Fast and Furious 7’ will be released on April 10, 2015 ! He (no – Paul Walker) would like you to know first. “

Death certificate of actor Paul Walker, star of the franchise “Fast and the Furious” confirmed that the U.S. star has not died only because of violent trauma, but also suffered burns.