The project founded by Mark Zuckerberg in his dorm room reached yesterday 10 years and in all this time become the largest social network in the world.

After 10 years of developing, Facebook’s now almost beyond recognition. Even the name of the network has changed. Until 2005, Mark Zuckerberg project was called “The Facebook”. Contrary to expectations this was not the beginning. 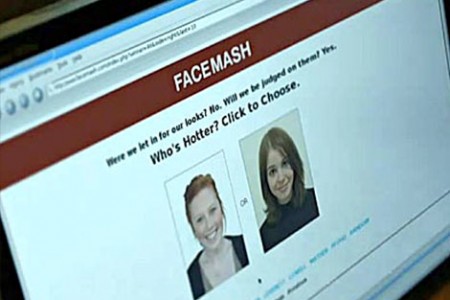 Today insanity began in October 2003 with “Facemash”. The predecessor of today’s social network was founded by Zuckerberg along with three fellow students. The site was initially thought of as a game in which there were presented to members two photographs of students and they were asked to choose who looks better.

Few people know that Zuckerberg hacked into the Harvard database to get the photos with students. “Perhaps Harvard will close my site for legal reasons, without realizing that it can be an opportunity,” wrote then Mark on his own blog. That really happened, just a few days after launch, and Zuckerberg was accused of copyright infringement, unauthorized access to a computer system and violating the privacy of students. He risked being kicked out of college, but charges were dropped later.

A few months later, the project known today as “Facebook” had come alive . Incident relating to the first site inspired Zuckerberg and gave him the idea of ​​creating a universal website through which students are able to contact each other. After he finished writing the code, Mark has told several friends and promoted a mailing list of 300 people. In 24 hours, nearly 1,500 have already registered. 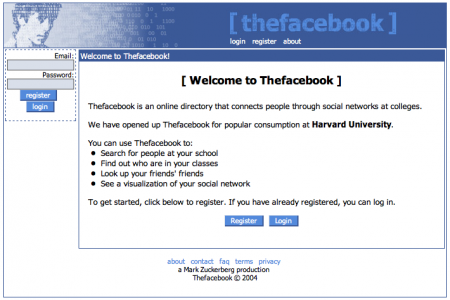 Neither ”The Facebook”  got out of trouble. Zuckerberg was accused of trying to deceive the most popular from the students to support his project, which was based on an stolen idea . This and several other Zuckerberg’s hacking attempts led to a process completed with an agreement between those involved.

Since then, nothing could stop the incredible evolution of Facebook. In the first month, more than half of students from Harvard had ”The Facebook” account, then the access was extended to Stanford University, later in Columbia , Yale and in Ivy League colleges.

In 2004, fresh company received a $ 500,000 financing from Peter Thiel and entrepreneur Sean Parker became the company’s president. Facebook moved its operations in Palo Alto, California , changed its name after purchasing the domain facebook.com for $ 200,000. Enrollment in Facebook became public for everyone over 13 years in September 2006, and the rest, well, the rest is history!

The chiefs of the social network have not forgotten   that have grown primarily due to users who have aged with Facebook, and they have prepared to all a personalized clip with the most important moments since they have made their account.