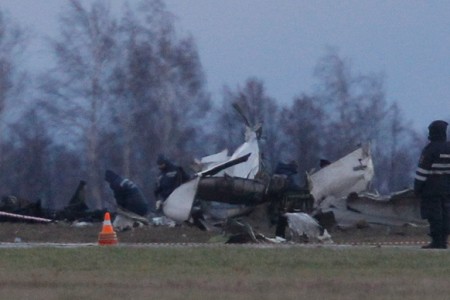 At least 50 people have died after a passenger plane crashed Sunday near the Russian city Kazan, Russian media reported.

The plane, a Boeing 737, was making ​​a domestic voyage and taking off from Moscow. The aircraft crashed before landing at the airport in Kazan, located in the center of the country. 50 people, including six crew members were on board and are presumed dead, said Irina Rossius, spokesman for the Emergency Situations Ministry in Moscow. According to other sources, at board would have been 50 people, all considered dead. “A Boeing 737 taking off from Moscow crashed on 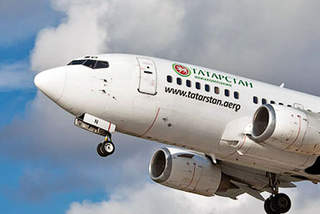 landing at the airport in Kazan and exploded. Fifty people – 44 passengers and six crew members – were killed “, said Russian Emergency Situations Ministry. According to Russian Tatar-Inform Agency, among the victims are included two children. Also among those who died in the accident are Minnihanov Irek, one of the two sons of President of the Russian republic of Tatarstan, Irek Minnihanov, aged 23, a son of President Rustam Minnihanov was in the plane crashed in central Russia Sunday.In the accident died also Alexander Antonov, head of the local Federal Security Service (FSB) announced Deputy Prime Minister Yuri Kamaltînov Tatarstan. President of the Republic of Tatarstan, Rustam Minnihanov decided the day of Monday, November 18, 2013, be national day of mourning for the victims of the air crash. According to sources quoted by Interfax news agency, the accident was caused by pilot error, and the plane had exploded on impact. The plane, a Boeing 737, was put into operation 23 years ago in 1990. 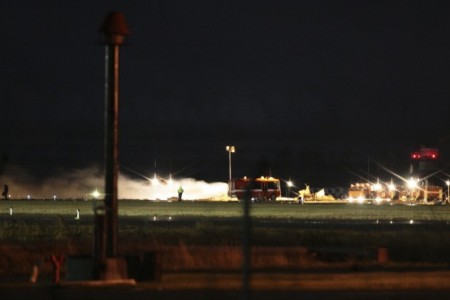 The Boeing plane type 737-500, crashed Sunday in Russia, Kazan airport has been exploited for 23 years by seven companies in total. The plane belonging to company Tatarstan, which made ​​it first flight in 1990, was first exploited by the French company Euralair Horizons, liquidated in 2005, and by Air France for three years, according to specializing AirFleets.fr site. It then reached Uganda Airlines, which exploited nearly five years after which it served three years in the Rio Sul Brazilian company.

In December 2001, when he was exploited by Rio Sul, was involved in a landing accident at airport Belo Horizonte in Brazil, without causing casualties, according to the Russian agency Itar-Tass, citing Brazilian press. In a heavy rain, the plane carrying 108 people in total, touched the ground before the track, it returned to the air and fell back on the track, breaking them into a part of the landing gear. The aircraft slipped on its left wing reactor located on a stretch of 1.7 km and stopped. Has undergone major repairs and returned to work. Subsequently, belonged to the Romanian company Blue Air, the Bulgarian Bulgaria Air and was bought by Russian company Tatarstan. The plane, which was coming from Moscow, crashed on Sunday Kazan airport and caught fire.More details and video on bbc.com