Japanese culture has generated an impressive number of myths and legends. When we think about Japan, numerous symbols come to mind: Mount Fuji, the samurai, sumo wrestlers, the bonsai, geishas, busy streets, neon signs in Tokyo, Japanese anime characters and, perhaps, the Cherry Blossom Festival, or Sakura, one of the most wonderful experiences Japan has to offer. If you want to attend the festival Cherry Blossom Festival (Sakura Matsuri) go to Brooklyn Botanic Garden between Saturday, April 29–Sunday, April 30, 2017.

Sakura is the name of the Japanese cherry tree. While cherry flowers symbolize feminine beauty in China, in Japan the cherry blossom symbolizes the ephemeral nature of life. During the Second World War, Sakura was used by the Japanese authorities for maintaining nationalist sentiments. The fact is that, beyond the incredible beauty of these trees, Sakura has a special symbolism for the Japanese people and is also one of the ingredients of local culture that make Japan a must in travel destinations. 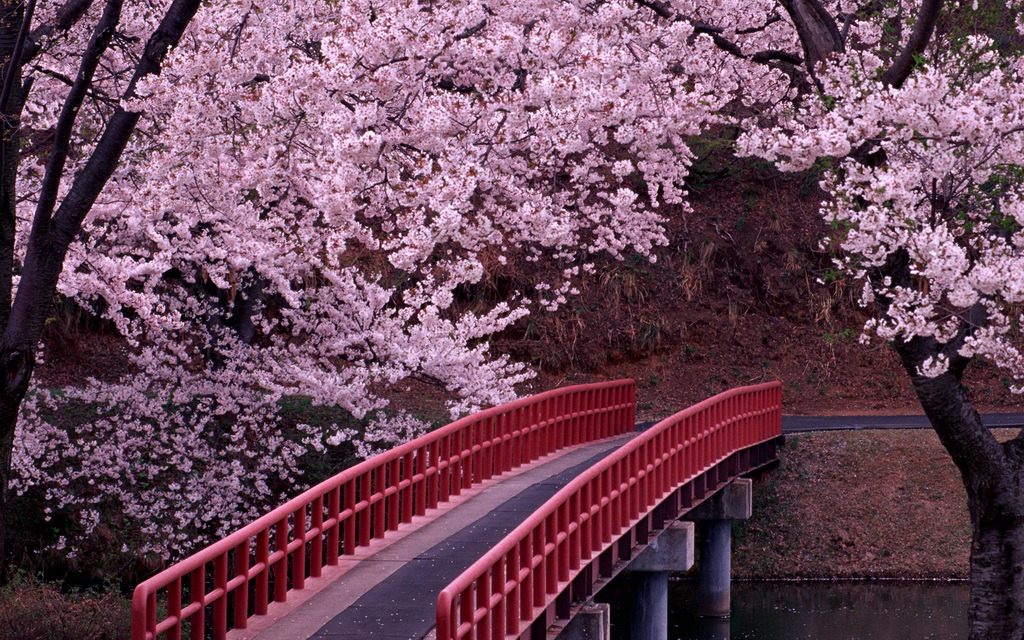 The life of cherry blossoms

Because of their short blooming period, Sakura flowers have come to symbolize the ephemeral nature of life. The flowering season may only last for a week, or up to ten days, depending on the weather and wind conditions, which can drastically shorten the blossoming time. Sakura are in full bloom for about a week after the first flowers (or “Kaika”) emerge. The peak period of blossoming is called “Manka”. When the flowers fall (a process called “Chiru”), their petals spread on the ground and form a white and pinkish natural carpet.

There are over 300 species of Sakura trees in Japan, which are hybrids of various original species that once existed throughout Asia. One popular favorite is the Somei Yoshino hybrid variety, revered for its pure white color, with a hint of pink in the middle. Somei Yoshino dates from the Meiji era, when it was first hybridized. The Yamazakura and Yaezakura species are also known for their deep pink petals and slightly larger flowers.

The weeping cherry or Shidarezakura is another variety deeply appreciated in Kyoto, Osaka and Nara. Its blooming period is from the end of March (around the 25th until the 30th) until the beginning of April (around 7 to 15).

The Japanese tradition of watching flowers is called Hanami and dates back to the Heian period (794-1191), when it was initiated by the imperial court. Japanese aristocracy, artists, poets and musicians transmitted the Hanami custom to the masses, and looking at these flowers has become a national obsession.

The Cherry Blossom Festival is a very popular event and takes place in Kyoto during April. Also, during that festival, the Miyako Odori or “The Cherry Flower dance” is presented by the Geisha of the Gion Corner Kyoto Theater. During this season you can buy Sakura liqueur, jam, Sakura candy, promotional dishes and anything else you can think of.

Each Kyoto location has a specific way of watching cherry trees blossom. Heian Shrine is known for its weeping cherries, and in the evening concerts take place there.

The Path of Philosophy is another favorite spot to admire cherry trees, a place where you can take a walk under the dome of flowers. The Arashiyama and Nakanoshima Parks and the Kamogawa river banks Shosse-en garden are the favorite places of tourists, where one can see a wide variety of Sakura trees. Maruyama Park, adjacent to Yasaka Shrine, is a great place for weekend picnics, with a wide variety of weeping cherries and plenty of festivities.

Here is where you can buy tickets for Cherry Blossom Festival (Sakura Matsuri) 2017: