Consumer Electronics Show (CES), the greatest electronics and technology event in the world, estimates each year a number of over 100.000 visitors. This edition counted around 150.000 people present in Las Vegas to see with their own eyes some of the most innovating releases, as well as some of the craziest gadgets ever concocted by tech pros. From the most thin phone in the world to the Hello Kitty kitchen accessories, every person could find something to fit his or her taste.

An entire suite of appliances and high-tech devices made this year’s edition an unforgettable show: ultra-thin laptops, attractive smartphones – definitely the ultimate stars of the entire edition – tablets which can rival iPads with their eyes closed, wireless speakers, home appliances and lots and lots of TV’s were showcased by the almost 3100 representatives.

One of the show’s highlights were the fitness appliances. Following the old saying “mens sana in corpore sano”, this year’s producers focused on combining technology with health, thus resulting a very large area of loosing weight products, fitness devices and a lot of high-tech means to serve monitoring the consumers’ health condition, such as the apps for the diabetics.

But not all went well in the tech-world. “Of death and dying” should be an appropriate title for this year’s 3D TV showcasing during the Las Vegas show. “Too expensive”, “too annoying”, “too limited” are the words used by The Guardian in an editorial describing the almost invisible presence of the 3D technology during CES 2013 , only one year after the televisions producing companies were appraising it all over the place. Now, everybody makes the promise of  ULTRA-HD quality, but still in 2D. Only LG and another company in Pennsylvania bothered to insist on the 3D TVs during CES, the Americans being the ones trying to offer this technology even without using the special 3D glasses. 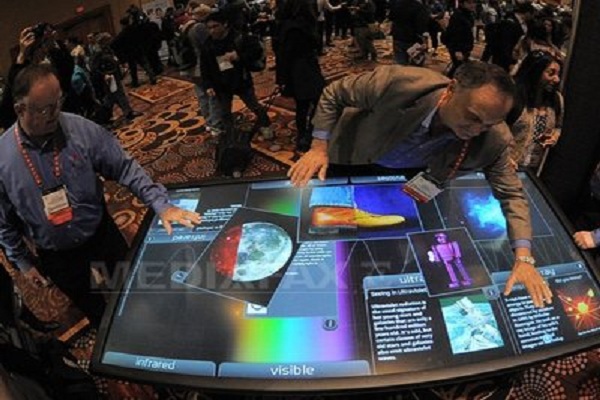 On the other hand, The Guardian also noticed that 3D technology seems to still be interesting from the printers point of view, since one such 3D printer managed to surprise everybody with its incredible performances. Replicator 2 may be an excellent solution for an architect, for instance, if the said professional affords to pay around 3000 dollars for this state-of-the-art printer.

Sniffing through a hand-full of gadgets meant to make our life better, one couldn’t help but notice also the colorful display of bizarre objects, which almost seemed out of place among the more “serious”, expensive, highly-researched and heavily-funded technological items. While some of them can easily make the subject of birthday gifts, others amused, surprised or even appalled the present audience. The I-Potty definitely made this year’s top ten of the most crazy ideas, but it will certainly find its proper consumer niche.

Mr. Marinator, on the other hand, almost whispered to all by-passers “If you had a special device you know you’d marinate more often”, so don’t be surprised if this piece of machinery which promises to fill any chunk of meat with delicious flavors in only 15 minutes finds its fans among cooks all over the world. And regarding the Hello Kitty kitchen appliances, well… that market is already established.

The super-cars lovers stepped right into Heaven during this CES 2013 edition. New models or reconditioned classic vehicles, extravagant tuning or with a minimalistic design, CES cars attracted a significant number of visitors. Almost all of them had at least one point in common: the almost nonexistent trunk space, this being occupied by huge subwoofers. Among the cars that delighted the audience were a 1951 Chevrolet, reconditioned by Travis Baker, a Shelby GT 500 Super Snake, which made every Need for Speed player squeal in joy, and maybe the most surprising apparition of all, an anti-zombie coupe!

All in all, it was a good year start for the tech companies and from the looks of it, 2013 will deliver a lot of new, fun, useful and surprising devices for all ages and tastes. From the cooking aficionado to the geeks of all types, CES 2013 set the trends and made some promises which will eventually become facts and figures.