Gonorrhea is a sexually transmitted infection that can affect both men and women. Approximately 2.5 million people are infected with gonorrhea each year. If you’re female and you’re infected, there are many opportunities to not show any symptoms until it reaches serious injuries, while 95% of men gonorrhea triggers clear symptoms in the early days. Gonorrhea is caused by a gonococcus (spherical bacteria). Currently gonorrhea is the most common sexually transmitted disease, being known since antiquity.

Bacteria can multiply and grow in warm areas, moist female reproductive tract, including the cervix, uterus, fallopian tubes, and in the urethra in women and men. It can develop also in other areas of the body such as the mouth, throat, eyes and anus.

Gonorrhea is most commonly transmitted through sexual contact. It is a widespread infection which in some cases causes no symptoms, especially in female patients. Abstaining from sex, using condoms during sex and monogamous relationships are the best ways to prevent sexually transmitted infections. 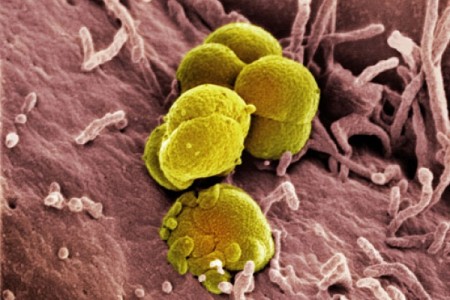 For women the symptoms of gonorrhea may include:

In men the most common symptoms of gonorrhea are:

Gonorrhea treatment is the same for women and men. Most doctors recommend antibiotic treatment, which is administered once a day (single dose). If the recommended treatment is followed , the patient will not be retested for gonorrhea. However, if you continue to have symptoms, you should consult your doctor again.

Treatment of sexual partner – treatment is important for the patient concerned and for people who recently had sex. The doctor will ask the patient to advise all sexual partners to come to the doctor to be tested and receive treatment even if you do not show any symptoms. It is also recommended to avoid sexual contact until patient and partner, all partners are treated and healed completely. If there are not respect these guidelines it is possible that a person who had gonorrhea to reinfection after a sexual contact with someone who has gonorrhea and not been treated.