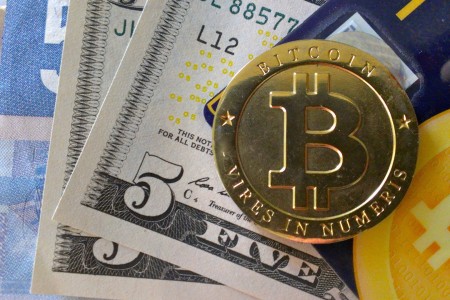 Economist Paul Krugman does not see with good eyes the rise of Bitcoin: in a post on his blog, Nobel laureate says no more, no less than that “Bitcoin is bad.”

He states that a currency exchange must pass two tests to be a good exchange medium and be a reasonable value. Krugman tells how his friends in technology are all very ardent about Bitcoin, but when he ask to explain what it is worth, they return to the argument that is easily interchangeable. “I could not make my correspondents to recognize that these are two different questions,” writes Krugman in his blog hosted by the New York Times.

The problem is simple and is explained more clearly by Time magazine. In early December, currency Bitcoin has reached $ 1,200 per unit, but in just two days has halved its value, after China banned the Bitcoin currency exchange. Subsequently, has stabilized around $ 800 a piece.

Even if the goods were sold in Bitcoin, the problem is that companies assume great risks taking stocks into “internet money”. For example, if overnight would halve their value, that would require the company to prejudice further collateral for loans secured by assets Bitcoin. What would lead almost automatically into bankruptcy, in the case of large amounts.

Arguments against Bitcoin
Krugman cites writer Charlie Stross, who gives several arguments on his blog against Bitcoin.
The first is that “mining” Bitcoin has a carbon footprint. That cause pollution. This occurs because the coins are not issued by a central bank but by an algorithm based on complex calculations made ​​on the computer. At the beginning “mining” is produced easily, but then increase in difficulty as you get to complicated calculations. Thus, it takes more and more power.
The second is that already now is distributed malware software using infected computers to mine the Bitcoin for attackers. Of course is made on power and the computers of others, without knowing it.

Bitcoin violates Gresham’s law. Explained for all, stolen power will force “miners” honest to quit due to higher costs than competitors.

Lack of regulation, lead to hideous forms of manifestation on the market. Already there have been many cases of market “underground” on internet where drugs are traded in Bitcoin. Moreover, currency Bitcoin can be easily used for tax evasion, since State authorities can not control transactions with it. People can lose everything that gathered when a hard Bitcoin fails.

As long as Bitcoin is deflationary, meaning lower prices for goods and services and the value of Bitcoin goes, everyone’s happy. But when the trend is reversed, because there is no central bank to stabilize the currency becomes a handicap. Because everyone, suddenly, becomes poor. And the inevitable has a bad habit of happening every time. 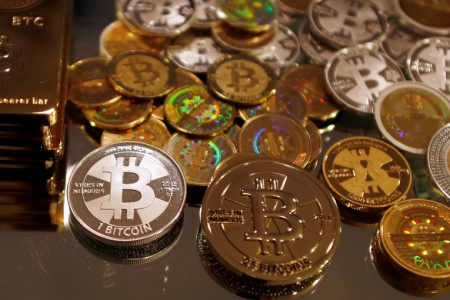 The Internet users have, however, in turn, arguments for the currency concerned. They bring to the depreciation of the dollar over the century. For example, in 1914, an amount of $ 400 then now equals more than $ 9,000. This happened because central banks depreciating currencies for the government to collect more money from the budget. It is famous among economists doctrine that “low inflation is recommended to” any deflation.

The fact that there is no central bank to play with the amounts of money the state benefit and to the detriment of citizens is seen as an advantage. And Bitcoin thus becomes not a coin, but an investment because there are limited quantities of coins that can be “mined”. Because inflation is a “tax” that the state systematically rob you without you realize

Bitcoin is, in some way, the expression of hatred against the banks that caused the crisis and led to massive intervention of central banks.

In theory, the value of Bitcoin will stabilize as more people or institutions will use virtual currency because few powerful individuals will not be able to move the exchange rate. And it will be more easy to use through integration with electronic wallets on smartphones or other gadgets.

On the other hand, the more people will move to Bitcoin, its value will greatly increase, bringing other problems if are not “mined” enough coins. But an advantage for those who go among the first in this chapter.

Philosophically speaking, Bitcoin problem reduces to the choice between freedom (of transactions) and safety (central bank intervention in the event of a “spiral of death”).

And who gives freedom for safety will not have one nor the other … And only then will find real “value” of Bitcoin exchange.