It’s been almost three years since the artist released the successful album “21” which has sold so far over 26 million copies worldwide. In addition to the U.S. market, “21”  was sold in other 10 million copies and on the markets in Europe, of which only about 5 million in the UK, his origin country.

But while she’s not made any new album and has not went to any tour, Adele continues to gain exorbitant amounts from royalties. She temporarily retired from music to devote to the life of mother after gaving birth in 2012 to a little boy named Angelo. Since then the artist has reorganized the priorities, dedicating her time to her husband, Simon Könecke and growth of their first child. 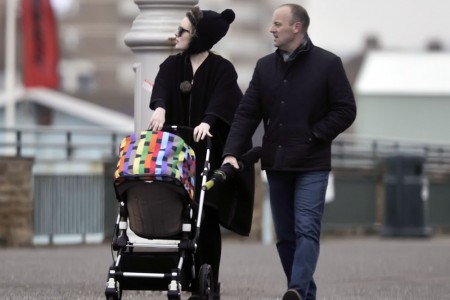 Last year she collected no less than 35 million. “21” is the most successful album by a British artist after  “Sergeant Pepper” disc released by The Beatles and recently became the first album which has sold over 3 million units on iTunes.

Adele, whose figure is far from being a standard in showbiz, has an exceptional voice. The singer Adele has answered to all the criticism for her silhouette, saying that she would not start a diet unless weight would affect in any way her health or sexual life. The artist was not afraid to talk about his suffering in love in songs like “Someone Like You” and “Rolling in the Deep”.

Adele can also boast with an Oscar won last year and is the first in the richest young musicians in the UK. She was included in Time magazine’s 2012 ranking of the most influential people in the world.

Adele is planning a Tournament

Adele could go on tour next year. British artist is working for some time on his new album, which is rumored to be released this summer. After the launch of the new album, Adele will perform in the UK and North America, and is possibly to expand the tournament.