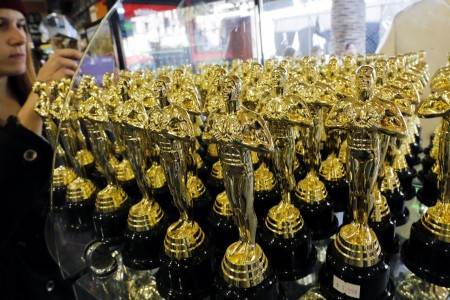 For what concerns the actors, things get complicated at every premiere. Now in cinemas is “Prisoners”, which went straight to number 1 in the box office. Thriller directed by Denis Villeneuve gives Hugh Jackman Jake Gyllenhaal Oscar scores. Hugh Jackman has the role of a parent whom was kidnapped daughter, and Jake is the cop is looking for. The movie was shown before the premiere at the Telluride Film Festival and the Toronto Film Festival. “Prisoners” is not any thriller, but is complex and has a tense story, and Hugh Jackman, Gyllenhaal and Paul Dano are admirable in the game of anger and suspicion.

Also from festivals have come waves of laudatory comments about the movie “12 Years a Slave” produced by Alcon Entertainment. Directed by Steve McQueen (Shame), the story about the fight for survival and freedom happens in the nineteenth century. A black man in New York is kidnapped and sold into slavery. The role is played by Chiwetel Ejiofor (“American Gangster”, “Children of Man”, “Salt”), born in Britain of Nigerian parents, acting graduate of the London Academy of Music and Dramatic Arts. Chiwetel was noticed by Steven Spielberg, who cast him in “Amistad” in 1997, which opened the way to the American film industry. The cast of the film “12 Years of Slave” also includes Michael Fassbender, Brad Pitt and Lupita Nyong’o. The whole movie and the actors are on the lists of possible nominees in the various categories of the Oscars, but the best chance has Chiwetel Ejiofor for leading actor.

Another production which was written long after the Toronto Film Festival’s is ” Dallas Buyers Club” directed by Canadian Jean-Marc Vallée (“Cafe de Flore”). The true story of Ron Woodroof Texan (Matthew McConaughy), who was diagnosed with HIV in 1986 and began a terrible struggle with the pharmaceutical industry, had a modest budget of $ 5 million, but impressed by force and emotion. ‘Dallas Buyers Club’ has amazing actor sheet for Matthew McConaughy that weakened spectacular, but also to Jared Leto, which returns to the film with the role of transvestite.

After playing in all sorts of action comedies (“Sahara”, “Fool’s Gold”), in which had beautiful partners as Penelope Cruz and Kate Hudson, Matthew McConaughy now gives us a reason for his status as a talented actor. Has amazed us in “Magic Mike” with muscular body and dancing skills, but now reminds us that has built reputation with roles in “A Time to Kill – payback” in 1996 or “EDTV” in 1999. Sex-appeal surfer turned into a skeleton HIV sick in ‘Dallas Buyers Club’ but that’s not the argument for possible Oscar nomination, but the intensity of playing.