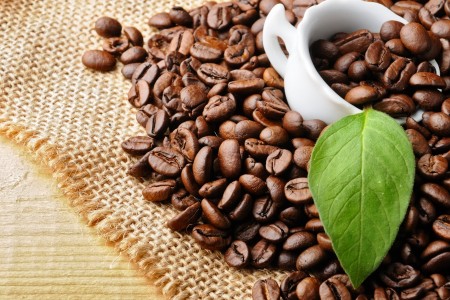 Central American Local people call “la roya” and struggling with it as I know better. Experts say that coffee producing region facing the most acute manna in the last three decades.

“It’s a regional disaster,” says Roberio Silva, director of the International Coffee Organization. “It is not just a disease of coffee. “La Roya” is an economic disease, “he added, quoted by business daily” Financial Times “. Pestilence, called “rust” has already affected 20% of production in Central America in 2012-2013, which brought losses of 600 million dollars for farmers, according to the Inter-American Development Bank estimates. Now plague caused by the fungus Hemileia vastatrix has spread over half of the area planted with coffee in the region. But the real effects of “rust” which decimates coffee production from Costa Rica, El Salvador, Guatemala, Honduras and Nicaragua will be felt until next year, experts say. Extension on the growing surface is only part of the problem. One of the most effective ways to combat the disease is to replace the affected bushes with saplings that will produce coffee beans just over three years.

Kick could prove fatal to the rural economy of Central America since it comes at a time when international prices of coffee are very low. Coffee price of “arabica”, high quality fluctuates currently around $ 2.4 / kg. In comparison, in May 2011 the price was $ 6.2 / kg.

Expanding “rust” in Central America appears to be linked to climate change, according to experts. The region has seen several years of above-average temperatures and rainfall. The humidity and high temperatures create the perfect environment for the development of this fungus. Unlike other episodes however now pestilence affecting plantations at altitudes higher than ever, which may look like “la roya” adapt to hostile conditions to expand. Coffee industry is the largest employer in Central America. Approximately two million residents work in the field. In 2012-2013, over 400,000 people were laid off due to lower production.